Well today has been a little bit odd and I haven’t taken a closeup bare naked photo of my face for you to compare with last week (hopefully you’re not looking for a miracle, just a realistic product that works to assist in the defying of revealing our true age right?) that’s all I’m looking for, though on some days a miracle would be lovely too! 😜 anyway, the maintenance guy turned up with someone else this morning and they spent the next 5 hours jack hammering my balcony and in the process ensured my shower rod and curtain fell off, rendering my shower disabled until the hubby comes home, ergo, no shower for mwa! And I’ve had to put up with my own stinkiness after doing T25 cardio this morning, so I’m certainly not going to assist in further torture to myself by taking a selfie (& I hate those on a good day so it doesn’t take much to turn them down when I have no make up on and am doing a challenge with myself revealing every flaw I dislike about me! 😉).

Anyway, the workout was a little better this morning, though that little voice in my head did keep wanting me to stop and do nada! Strong will prevailed and I kept going! I will be in shape! Something has to give! Just saw some photos from our cruise and I definitely have a belly in those too. Probably from drinking too much wine as well as doing nothing for the last few months.

Alright, so I do have some good before and after photos to show you of bits of my bedroom! Every morning, I have gotten up in this little tiny room and been miserable because there has been too much stuff! I can’t even get out of my side of the bed because we have to have our bed against the wall in order for it to fit (yes we have a big bed in a little room). Anyway it has meant that I have learnt to catapault myself out of the end of the bed if ever I have to go for a midnight toilet break and I’ve gotten so good at it over the last two weeks that hubby no longer hears me, well until I trip over one of the numerous items on the floor that just keep piling up because I am yet to find a home for them!

Oh and here’s a before one of the main blog photo: 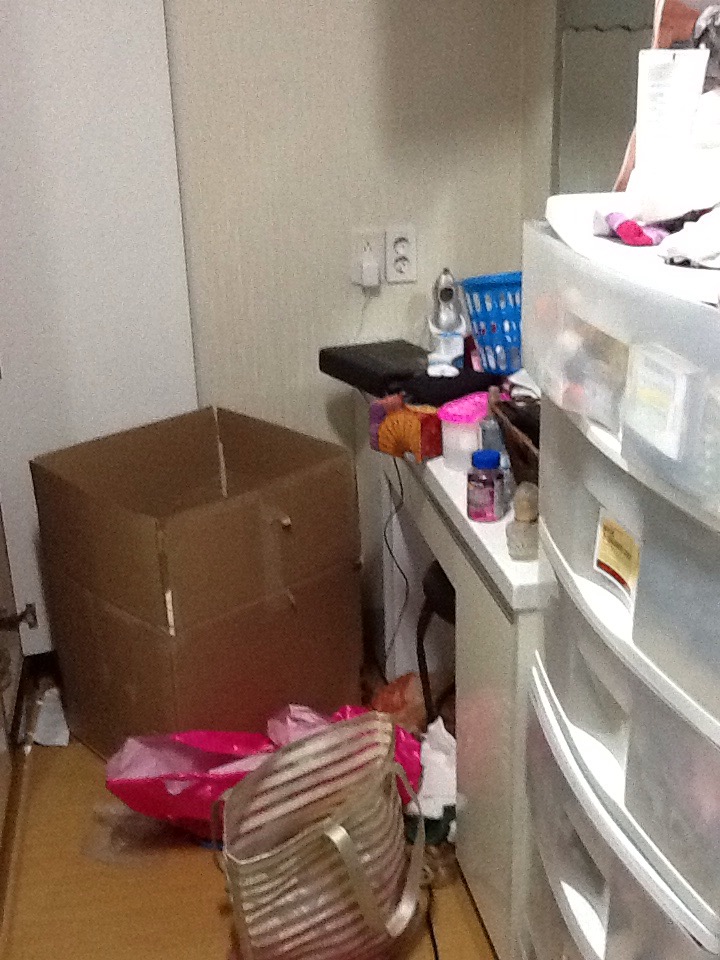 Looks and feels wonderful! I may wake up happy tomorrow morning and not all grumpy! It’s amazing what one’s surrounding can do to one’s mood! Speaking of mood, I have to share another funny story but this time from my 7yr old daughter, Madison; we were putting our shoes on ready to walk out the door to go to the bus stop to get my eldest DD when she started singing a song something like this:

One day Max and Ruby’s parents got on a bus and they told their kids they would be going away for a day,

Now, I know it doesn’t sound funny like it is, but if you’ve ever seen the show ‘Max and Ruby’ you would know that the parents are never seen! Only the Grandma and the Bunny Scout Leader. Now I’m not purposely being un-PC, I just find it weird that there’s never any mention of anyone other than those two grown ups and they don’t live with their Grandma, and my daughter has obviously picked up on the same thing. Please don’t look at this in a tragic way, it is purely the innocent mind of a 7 year old, and it’s funny in this instance. Don’t get too deep and meaningful will you!

Ok, it’s noodle Monday, which means the kids get ramen noodles (aka two minute noodles, aka one of the unhealthiest foods known to man but one that all kids love), I try to mix it up a tad so that it’s not just plain noodles and tonight it’s beef stroganoff and noodles. One of the easiest, but most delicious meals I’ve ever made. I would always get so excited when my Mum or oldest sister would make beef stroganoff! Here’s our way of doing it and I can’t give you quantities because I really don’t do quantities in recipes, I just guesstimate:

So when I say more rather than less, I mean that for every cup full of water you have a bit more than what the container recipe calls for you to have, per cup of water.

I’m terrible at recipe writing obviously, but I’ll get better especially if I find you are slightly interested in reading this sort of stuff! I must also share a little side victory about my success with all three children over the last seven days and them all eating every single dinner I’ve made and actually really liking 6/7! Ok back to the next step: 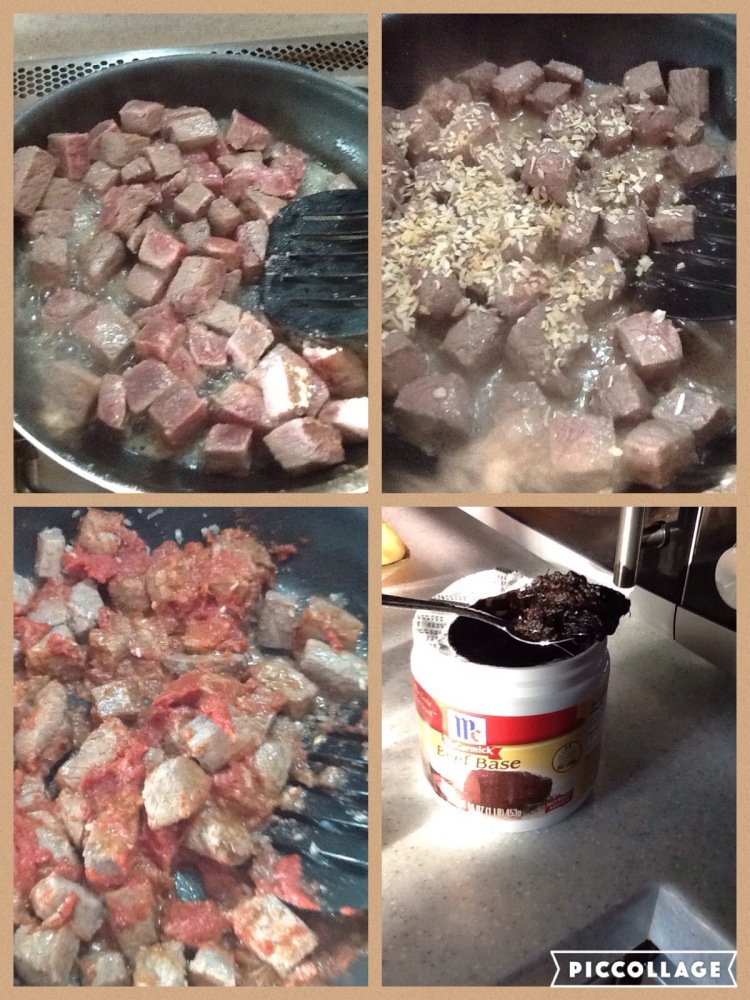 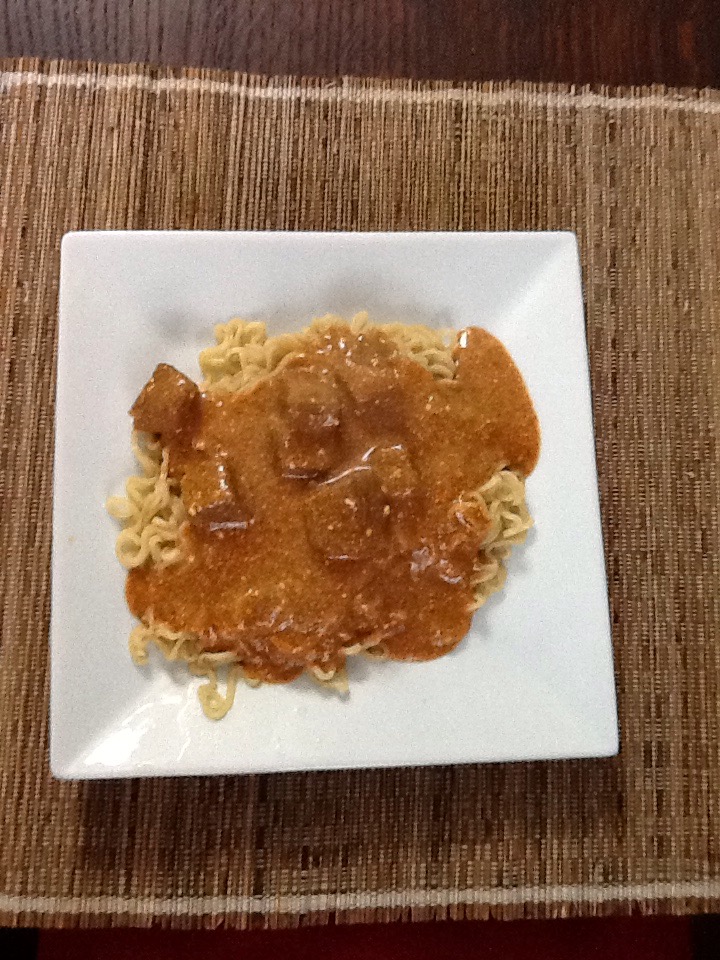 The final product was magnificent as usual! And one of the easiest weekday meals to make! Let me know if you try it and enjoy it and if you want more from me. Otherwise, happy Monday, it’s not as bad as you think, it’s just the beginning of another week we get to celebrate being here!